Here is the list of the top best newly released Motorola phones with 5G technology. 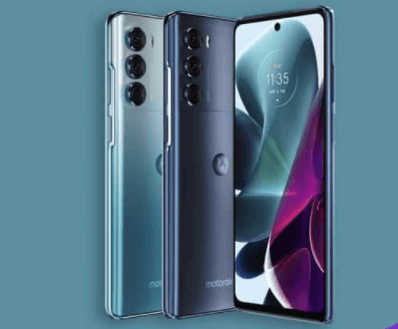 The device is powered by a Qualcomm Snapdragon 888+ processor, 8GB RAM, and 128GB/256GB internal storage. On the software side, the handset runs the Android 11 version by default, which is almost out of stock. You can expect the device to get the Android 12 update around the beginning of next year.

The Moto G200 5G shows off a triple camera setup consisting of a 108MP primary camera with an F1.9 aperture, an 8MP ultra-wide camera, and a 2MP depth sensor. Despite having a super-fast processor, the Moto G200 5G’s rear 108MP Camera is limited to 4K 30fps video recording.

A 5,000mAh battery powers the Moto G200 5G, the company says. You can use your phone for two days on a single charge.

The Moto G200 5G costs €449.99 in Europe. The device will be available in 128GB and 256GB storage variants featuring 8GB RAM. The smartphone will have Glacier Green and Stellar Blue color variants. Initially, the handset will be available in Europe, after which it will be launched in select markets in Latin America.

The Moto G22 is a pocket-friendly combination of reliable RAM and quad camera options that users can invest in. You can also rely on this feature with the Android v12 OS, which has an enormous battery at less cost. 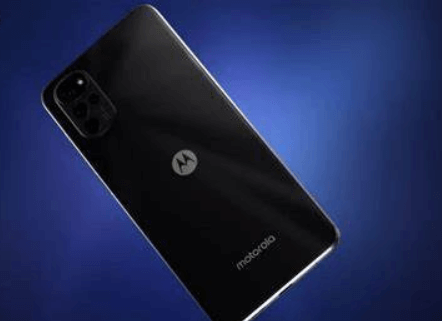 Additionally, the graphics requirements of the device are handled by the PowerVR GE8320 GPU. Facilitating smooth storage, users get 64GB of internal space that can expand up to 1TB.

A 5000mAh battery is available on the Moto G22, which is essentially non-removable. It is also a lithium polymer (Li-Polymer) battery that supports 15W fast charging. 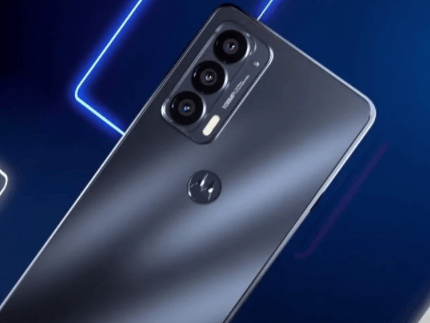 Motorola was one of the first companies to launch the world’s first flagship based on the Snapdragon 8 Gen 1 platform. Motorola dubbed the Edge 30, the phone launched in China earlier this month with features like a 144Hz display, 68W fast charging support, a triple rear camera with a 50MP primary sensor, and an impressive 60MP selfie camera.

The handset is believed to debut early next month with the Moto Edge 30 Ultra. The phone’s specifications will likely remain the same as the Chinese counterpart. 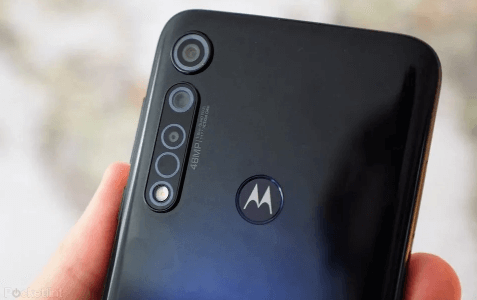 Motorola is currently developing a successor to the Moto G stylus. The company formalized the Engine G Stylus 5G last year. The smartphone was launched in the United States but did not enter the other market. G Stylus 5G provides a stylus to help users draw and write notes.

This app is only for taking quick notes and setting reminders. According to reports, you can also access the Notes app without unlocking your phone.

According to the rumors, the smartphone offers a triple camera setup with three large sensors on the back. It has slim bezels on the corners of the screen and a hole in the front for selfies. The volume rocker is on the device’s right side, and the device’s back panel is a fingerprint scanner.

A stylus slot wasn’t seen in the version, but reports say it will come with the device. The smartphone is expected to feature a 50-megapixel camera, but details of the other sensors are unknown. 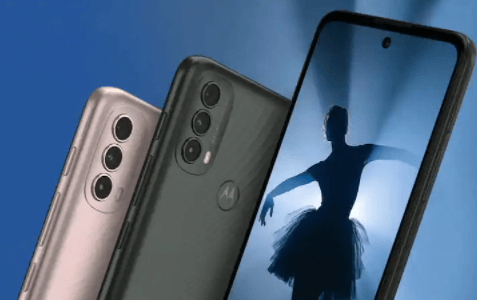 Motorola continues to renew its popular G smartphone lineup for buyers and thankfully realized the need to offer 5G devices. The Moto G71 5G has a 6.8-inch Full HD+ display with 1080×2460 pixel resolution. The screen produces a pixel density of 395 PPI and has a punch-hole layout in the top center.

The 20:9 aspect ratio design provides an 84% screen-to-body ratio. The volume rocker & power button are located on the right side of the phone. For security, the phone features a fingerprint sensor mounted on the back below the power button and a face unlock that works via a selfie camera.

The Moto G71 5G uses the Snapdragon 732G octa-core chipset with 6GB of RAM. It offers 128GB of onboard storage, expandable up to 512GB. The phone runs on a stock Android 11 version with limited bloatware. For imaging purposes, the new Moto G phone has a triple rear camera consisting of a 108MP primary sensor, an 8MP ultra-wide sensor, and a 2MP sensor.

The front of the phone has a 32MP camera that lets you click selfies, take videos, and make video calls. The Moto G71 5G is backed up by a 5000mAh battery that supports fast charging speeds via a USB Type C port. The connectivity features available on the device are wi-fi, 5G, Bluetooth 5.1, 4G VoLTE, NFC, USB OTG, and GPS with GLONASS.

Motorola Moto G62 is an excellent phone with a Qualcomm Snapdragon 732G processor, 8GB of RAM, and 128GB of storage. 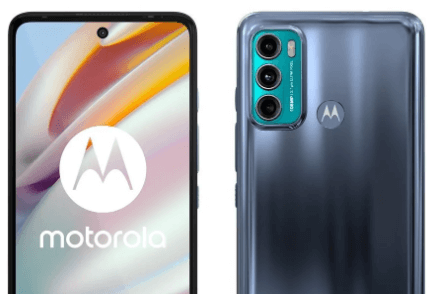 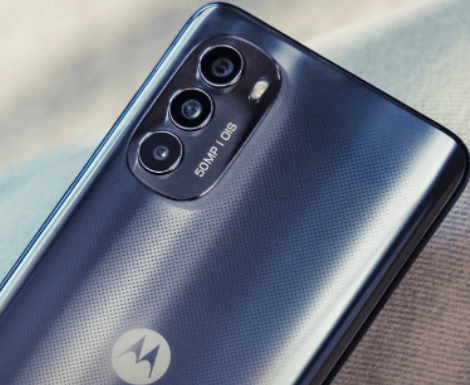 Motorola has continued to refresh its popular Moto G-series smartphones and now offers 5G support. The Moto G82 has a 6.55″ Full HD+ Super AMOLED display with 1080×2400 pixel resolution. The screen produces 402 excellent PPI (pixels per inch), and the screen aspect ratio is 20:9.

The Moto G82 2022 runs on an updated Android 12 operating system version. For storage, the smartphone comes with 8GB of RAM and 128GB of internal storage that can be expanded up to 512GB using a dedicated slot.

The Moto G82 is backed by a 5000mAh battery that supports fast charging via the USB Type-C port. The smartphone has a fingerprint sensor on the back and supports facial recognition unlocking for enhanced security. 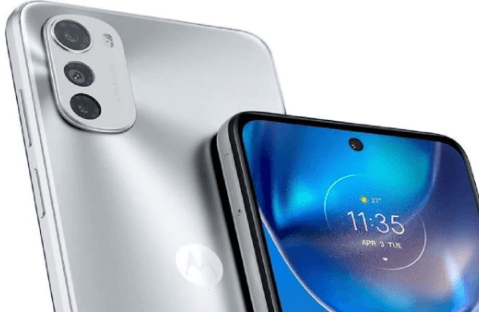 Motorola is working on several mid-range and premium flagship phones, including the Motorola E32, following recent online certifications and appearances. The upcoming E-series phones in 2022 will fall into the budget segment and make their way worldwide.

This handset has appeared on various certification websites such as FCC, EEC, wi-fi Alliance, and NBTC. The Motorola E32 will be available in silver and blue color options and has a typical Motorola design with a punch-hole cutout and triple camera lens.

The Motorola E32 has a center punch-hole cutout for selfie snappers and slim bezels. The volume rocker and power button are on the right spine, and the SIM tray tool is on the left. At the bottom are a speaker grille and a USB Type-C port. At the rear is a triple camera layout, LED flashes arranged in a rectangular module and the iconic Moto dimples.

There’s no fingerprint sensor cutout, so I’m wondering whether to place it inside the display or on the right edge. Boxed design. It almost rounds off the plan.

According to 2022 rumors, the Motorola E32 will come with a MediaTek Helio G85 SoC combined with 4GB or 6GB of RAM and 64GB or 128GB of internal storage. With the MyUX custom skin, we can assume that it will boot Android 12 OS immediately and will likely be limited to only 4G LTE-connected networks. 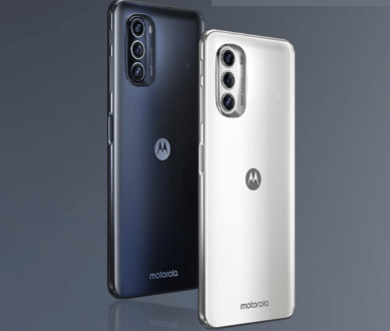 Motorola has quietly unveiled its mid-range 5G smartphone, the Moto G52j. One of the main appeals of the G52j is that it is IP68 rated for dust and water resistance. Other exciting features of the phone include a 120Hz display and a Snapdragon 6 series 5G chipset.

The device’s rear camera module houses a 50-megapixel primary camera with an f/1.8 aperture, an 8-megapixel ultra-wide-angle lens with 118-degree FOV, and a 2-megapixel depth sensor. The device can shoot up to 60fps 1080p video and 120fps HD slow-motion video.

The Snapdragon 695 chipset sits under the hood of the Moto G52j. The phone includes 6GB of RAM with 128GB of ROM. It has a 5,000mAh battery that supports 15W TurboPower charging.

The device runs on Android 11 OS with My UX on top. Regarding connectivity, it offers features like nano-SIM/e-SIM, wi-fi 802.11ac, Bluetooth 5.1, NFC, GPS, and a USB-C port. It supports face unlock and is equipped with a side fingerprint scanner.