The Motorola Edge 30 Ultra is 6.7 inches, and the screen type is an OLED capacitive touchscreen with an output of 1080 x 2400 pixels. Sensors include fingerprint (side-mounted), accelerometer, gyro, proximity, and compass. 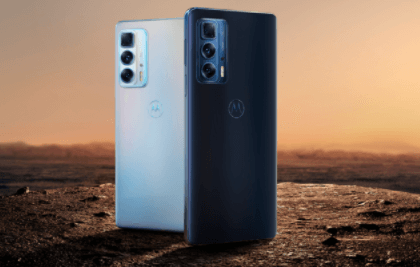 The device is powered by a Qualcomm SM8450 Snapdragon 898 Octa-core processor. This smartphone comes with 8GB and 12GB RAM and 128GB and 256GB internal storage.

The device is built with a glass front, a plastic frame, and a plastic back. The smartphone supports Dual SIM (Nano-SIM, Dual Standby) and runs on the Android 12 operating system.

Connectivity options for the Motorola Edge 30 Ultra include Wi-Fi, GPS, Bluetooth v5.20, USB Type-C, and Wi-Fi Direct. The phone’s sensors are rumored to have an accelerometer, an ambient light sensor, a proximity sensor, and a compass/magnetometer.

The smartphone has launched worldwide as the Motorola Edge 30 Ultra. In China, the device is called Moto Edge X. Motorola released its Edge 30 ultra phone on September 16, 2022.

The Motorola Edge 30 Ultra feels just as perfect a flagship as the company has been producing for years. The previous-generation model had most of the hardware boxes ticked. Still, this time, it’s taken a step up with superior fast charging, a massive pixel-count camera, and a more streamlined design than Moto’s wallet-friendly model.

You can get almost anything you want on an expensive phone. Waterproof and expandable storage is the only way slimline software and slick multitasking mode make up for it.