Perhaps the new Motorola flip phone 2022, called the Motorola Razr 3, will be a big reinvention for the family. This is the 3rd generation version following the Motorola Razr 2019 and Razr 2020. The first one is worth paying attention to.

The Motorola Razr was one of the first devices to feature a foldable display, which you can see in the first two generations. 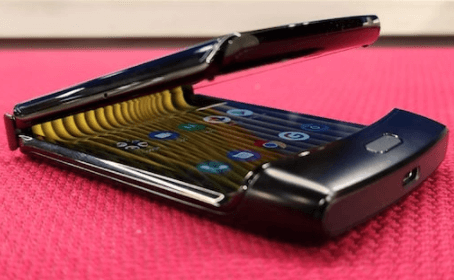 The main rear camera will be a 50Mp, coupled with a 13Mp ultra-wide-angle lens.

Motorola Razr 5G is equipped with Qualcomm Snapdragon 765 5G. This 5G is a solid chip, but it’s not quite like the 800 series, which has been the mainstream of most premium devices over the past few years. Motorola hopes to adopt the new Snapdragon 8 Gen 1 platform this year, or at least use last year’s Snapdragon 888.

8 Gen 1 was exactly what we predicted in one of the first spec leaks of the device from XDA Developers.

Another factor is a “better human-machine interface” which can mean software experience. The Razr 5G comes with Android 10 using Motorola’s generally clean and simple Android skins, so it’s a pretty good start.

Whether Jin refers to the potential use of Android 12 or a new Lenovo/Motorola version of that OS remains to be seen. Of course, we’re relying on translations here, so it can also refer to the physical design of the device itself.

It sounds too good to be true, but sources say the battery capacity is 2,800 mAh, it’s small.

Finally, the details aren’t quite clear yet, but we can expect some sort of external display to be returned. Support for NFC and UWB (aka Ultra-Wideband) drives the Apple AirTag Tracker and makes it a smart home application.

There is no official news about the release date, so it’s hard to predict exactly when the Motorola Razr 2022 will be released as Motorola doesn’t have a consistent release schedule for this range. 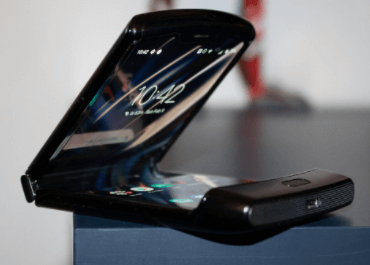 However, we can expect Motorola Razr 3 to be released in September 2022. Hopefully, the 2022 Razr will have even bigger improvements as a result.

How much does the Motorola Razr 2022 cost?

Are flip phones coming back?

Flip phones are about to make a big comeback, but the new Motorola flip phone model is unlike any cheap flip phone we’ve seen in the past. Flip phones are making a comeback this year. These devices represent an evolution in smartphone design, and early adopters are eager to test them.

How old is the first Motorola flip phone?

The StarTAC, created by Motorola in 1996, was the phone that revolutionized the flip phone.

Yes, all phones will continue to work. You will be using 2g/3g modes that are still available. Typically used for emergencies when 4G LTE is down.

What can the new flip phone do?

The flip phone comes with voice dialing, GPS, and speakerphone keys for ease of use. You can make high-quality calls with this new flip phone.

When did they stop making flip phones?

Flip phones became popular in the late 90s, and this factor continued into the early 2010s. In the future, you will see back-to-back flip phones from different brands.

Do flip phones have maps?

Yes! The modern flip phone has Google apps including Google Maps and Google Search. It also comes with Google Assistant, so you can make calls, send texts, or open a map by voice.

Why is My Motorola Phone So Slow? Speed Up your Phone