How to choose a phone for gaming under $200?

It would help if you chose a gaming smartphone with an excellent display, great camera and processor speed, great memory speed (RAM), plenty of storage space, at least 1 to 2 days of battery backup, and the latest version of Android OS. 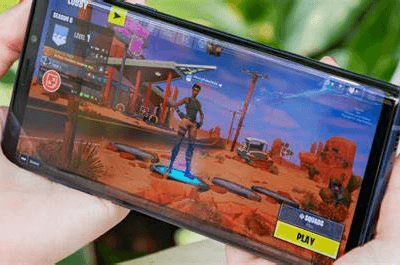 These low-cost gaming phones were chosen based on several key features you need to play games, from the quality of the phone’s display to battery performance, internal storage, RAM, chipset, and operating system. So you get features to support all your gaming needs.

In addition, the device comes with 4GB of RAM and 64GB of internal storage. I haven’t experienced glitch performance on Android 9.0, no bloat or system ads, or preloaded apps.

We couldn’t get enough of this Moto G8 Power Lite 5000mAh battery. The device ran for about 18 hours in our gaming, video streaming, and music streaming tests and was fantastic. It comes with a 10W fast charger.

In gaming performance, the Moto G8 Power Lite handled PUBG Mobile well enough, but in recent months most of the games we’ve found don’t fully support it, and we feel it’s a bit of a downside.

If you don’t want to spend more than $200 on your next gaming phone, get Samsung’s Galaxy A22. Despite its plastic body, it’s a great Android phone and costs less than 200 dollars. The MediaTek Helio G80 processor delivers an outstanding performance that games like Free Fire run flawlessly.

The smartphone comes with a 6.5-inch IPS LCD, and one advantage is the 90Hz screen refresh rate. Increases the screen’s graphics refresh rate from 60 to 90 per second for a smoother experience. This is a minor but welcome improvement. Even the battery life is excellent.

The Samsung Galaxy A22 5G’s native 48-megapixel camera on the back is surprisingly good, capturing a lot of detail without overexposure. Like other Samsung phones, it removes too much oversaturation and shadows, but it’s still a stable shooter at night thanks to a dedicated night mode.

Samsung packs everything you want in a phone, like a headphone jack, MicroSD card slot, NFC for contactless payments, and a fingerprint sensor on the side. Best of all, we guarantee 2 OS upgrades and up to 4 years of security patches for this phone.

The 5,000mAh cell lasts for two days on a single charge, so you don’t need to plug it in every night.

The new Moto G Stylus 2022 is a great, affordable phone gaming phone that is slightly cheaper than its predecessor. It has a massive 6.8-inch 1080p display with a refresh rate of 90Hz. The other specs aren’t wrong, either. This phone has a 5,000mAh battery, 6GB of RAM, and a triple camera configuration.

This phone isn’t the biggest on the list because it’s flawed. But this is your only alternative if you’re on a tight budget and need a gaming phone with a stylus.

The Moto G Fast has reached the top of the $200 budget, and it’s the best phone you can buy when looking for this cheap Android device for gaming.

The G Fast’s hardware is much better built than you’d expect for a phone in this price range. It feels decent to hold, doesn’t rattle or creak, and all the physical buttons feel great to click. The 6.4-inch LCD is nice too, and it offers a large canvas with minimal bezels, great colours, and good viewing angles.

HD+ resolution means things aren’t as sharp as you’d like, but all things considered, it’s a good screen when playing games.

On the back are three cameras: a 16MP primary camera, an 8MP ultra-wide camera, and a 2MP macro camera. This 16MP sensor takes amazingly detailed and vivid photos. It’s inferior in quality compared to other sensors, but it’s still fun to use for expanded shooting possibilities.

Battery life is another plus, with a 4,000mAh battery that some users can use for up to two days. Thankfully, it also charges via USB-C.

What makes all of this even better is the software from the excellent Moto G Fast. The user interface is like that found on the Google Pixel, and Motorola has made thoughtful changes to enhance the experience.

Moto Display continues to offer the best Always-On display on any Android phone, in addition to Moto Fast, which cuts the phone to activate the flashlight and open the camera app.

The great thing about Moto G Fast is that it works with all carriers in the US, so whether you rely on AT&T, Sprint, T-Mobile, or Verizon, you can buy a phone and use it without a hitch.

The most affordable phone, the Redmi Note 11, is also the most striking. This is because they offer a lot of money despite being cheap phones. As a result, you get a fantastic screen, long battery life, and outstanding performance. The camera, on the other hand, is not particularly impressive.

It’s an international call, but if you buy this device from Amazon, you get an unlocked phone that works with all US carriers.

Moto is the king of the sub-$200 category, and the updated Moto G Play is the cheapest new phone this year. Of course, there are some spec compromises to get to this price tag, but it’s still a delightful technology.

The display is a 6.5-inch, 720p HD+ LCD, but it works. It also has excellent bezels and a tiny waterdrop notch, making it a great phone for watching videos or playing light games. You’ll find a more noticeable downgrade to the 13MP + 2MP dual rear camera, but you can quickly upload it to your favorite social media apps.

On the back of the Moto G Play is a fingerprint sensor with the Moto logo. There’s also a headphone jack, expandable storage support, a friendly 5,000mAh battery, and support for all US carriers.

This device, thankfully, has USB-C charging (no wireless charging).

The Snapdragon 662 processor is a step back from the 2020s 665, with clock speeds slower than its predecessor. The Moto G Power is up to 720p. And while Motorola kept the headphone jack, NFC, wireless charging, and official IP water resistance were left out of the spec sheet.

In addition to these issues, this device ships with Android 10 and has only received one major platform update (Android 11).

Do not misunderstand. The Moto G Power is still a solid, robust, affordable Android smartphone. It’s not the second action we were expecting. Still, it’s hard to beat this one if you’re looking for a gaming purpose with a three-camera setup, a big bright screen, and a massive battery.

The Motorola Moto G8 Plus is the best value-for-money smartphone on our list. The device was released in October 2019 and is currently very affordable, especially if you want a clean Android experience.

On the front, there is a 6.3-inch LTPS IPS LCD with Full HD+ resolution. It has a bezel-less design in three sizes with a small chin on the bottom. The top features a dewdrop-shaped notch design for the front camera and some primary sensors. The display quality here is comparable to what you would expect at this price point.

Qualcomm Snapdragon 665 processor powers the Moto G8 Plus. However, it has 4GB of RAM and 64GB of internal storage to help you multitask. It runs natively on stock Android 9.0 (Pie), upgradeable to Android 10.

Optics features a triple camera setup, a 48MP primary sensor with pixel binning technology, a 16MP ultrawide sensor, and a 5MP depth sensor. On the front, there is a 25MP camera for taking selfies. The picture quality of this device looks great.

The device is backed by a 4000mAh battery that gives you more playing time to enjoy Minecraft games or League of Legends. It also has 15W fast charging support.

This is a great device with good build quality and decent specs.

For the best phones under $200 in 2022, go for the Galaxy A13. This gaming phone is a great phone that does almost everything. In addition, it is equipped with a 6.6-inch IPS LCD with a refresh rate of 90Hz.

The camera is excellent and captures good images. But that should be enough if you don’t mind Samsung’s signature oversaturated look. It is suitable for most everyday chores.

You’ll usually get a flagship processor like the Snapdragon 865 that can handle high-end graphics. Battery life, fast charging, storage, and RAM are paramount. Game Optimization helps you prioritize your games and avoid disruptions regarding LTE data usage.

Is 4GB of RAM good for a gaming phone?

A phone with 4GB of RAM is good for gaming. But if you want to play with intense graphics, you’ll need 8GB or 12GB of RAM for instant access to your favourite high-end games.

Yes, higher RAM helps generate more FPS because RAM is usually an essential tool to help speed up your device. It’s not fast on its own, but it makes your phone faster with storage capacity.

Choosing the right gaming smartphone is always tricky, especially when so many options are available for under $200. You need to find what you need the most.

It’s best to consider a few things mentioned above. So, this was our list of the best Motorola smartphones for gaming you can buy for under $200.

Motorola vs Samsung Budget Phones Which is Better in 2022?

Motorola vs Samsung Budget Phones Which is Better in 2022?