Motorola Highest Megapixel Camera Phone in the World in 2022

If you’re interested in the highest megapixel camera phone, consider a few aspects when choosing your next phone.

The choices are getting more and more complicated as the photography section of smartphones has made incredible strides in recent times. We focus on Motorola companies, analyze their models and advise on models with more advanced photosystems.

If you’re looking for a handset from a company that can take good pictures and videos, you should look at these Motorola’s high-megapixel camera phones of 2022. 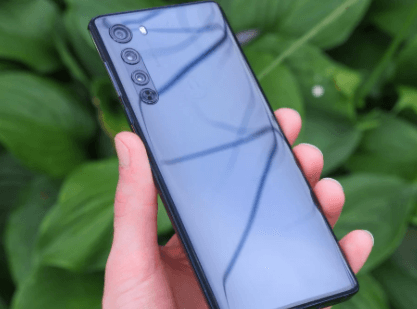 The highest megapixel camera phone in the world is Motorola Frontier 22. The new model is codenamed Frontier, with the main camera’s biggest feature. With a 1/1.5-inch size 194 million pixel sensor, it has reached an ultra-low level that can balance resolution and excellent image quality.

If you look closely at the rear camera module, the 194 million-pixel main camera lens is quite large. It will also support OIS optical stabilization, further improving image quality. The two secondary cameras are expected to be 50MP ultra-wide-angle and 12MP telephoto lenses, respectively.

The Motorola Frontier 22 phone’s design offers a lot of encouragement. With the screen’s narrow bezels and a tall profile, Frontier looks pretty easy to use with one hand. Includes 6.67″ FHD+ 144Hz central single-hole curved screen.

Revelations show the device has a Qualcomm Snapdragon 8 Gen1 Plus flagship processor. This processor is the flagship platform Qualcomm will commercialize on TSMC’s 4nm process later this year with a 4500mAh battery + 125W wired fast charging + 50/30W wireless charging.

The Edge 20 Pro has one of Motorola’s most powerful camera systems in 2022. We are in front of the module with 3 cameras on the back, which is the 108MP main camera. As you can imagine, this is the best photoshoot ever.

And the 16MP ultra-wide macro and 8MP telephoto can revolutionize other things when it comes to image capture.

This last sensor, the telephoto lens, features a 5x optical zoom. This allows you to take pictures from a distance without losing sharpness.

The front camera is located in a hole in the center of the screen and is 32MP. With this quality, you can take great selfies and join video calls. There is also a mode called ‘Group Selfie‘ where you can take selfies of multiple people.

If you liked the Edge 20 Pro’s photography gear, you should know that it also has a 6.7-inch OLED FullHD + screen with an impressive 144Hz refresh rate and a Qualcomm Snapdragon 870 with Android 11, and a 4,500 battery mAh with 30W fast charging. 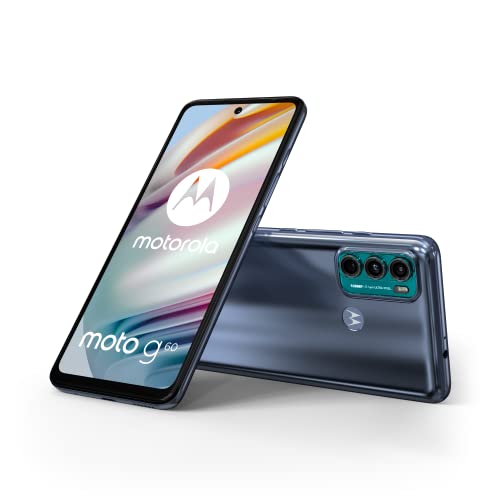 You’ll also get a nice 6.8-inch display with a 120Hz refresh rate (which is rare for a mid-range phone). Other features like Snapdragon 732G, 6GB of RAM, and a 6,000mAh large-capacity battery. It even beats the Moto G Power. Moto G60 lasts a long time on a single charge. 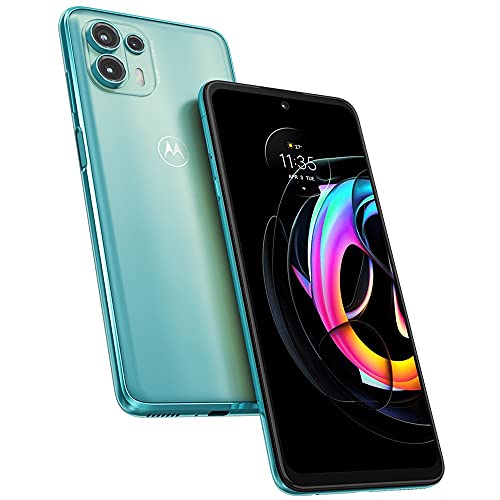 The Motorola Edge 20 Lite is one of the most affordable handsets in the Edge series. The smaller part of the Edge 20 family is also one of Motorola’s best cameras you can buy in 2022.

It’s mainly because of the nice 108-megapixel camera on the back. The Motorola Edge 20 Lite also has an 8MP ultra-wide-angle and 2MP depth sensor.

This model has a 32MP camera, so you bet on high quality even when taking selfies. In this case, a single camera makes up the front photo module. Again, the brand chooses to include it in the hole in the screen.

There is a 6.7-inch OLED FullHD + display with a 90Hz refresh rate. In addition, the phone has a MediaTek Dimensity 720 5G processor and a 5,000mAh battery with 30W fast charging. 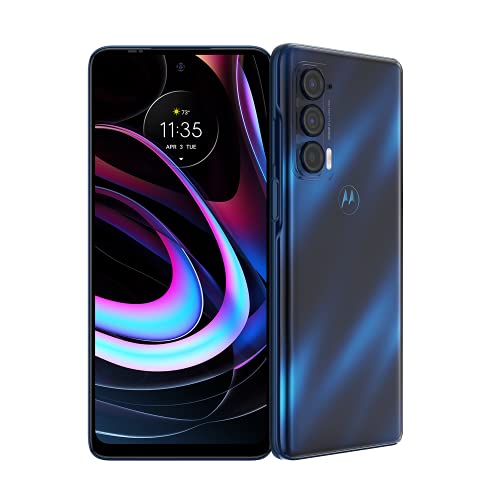 With Moto Edge, you get a lighter camera module by dropping the 108MP sensor for the 64MP option and keeping 8MP and 16MP backups. At least the front camera is the same at 25MP, and the Moto Edge supports 5G like its more powerful sibling.

Aside from that, it has the same 6.7-inch wraparound OLED display we see on the Edge Plus. The difference is starting to show in the battery capacity, i.e., the 4,500mAh cell. The Moto Edge also reduces to 4GB or 6GB of RAM, with up to 256GB of storage.

Motorola’s main Edge device is throwing away all the other names, but not all premium specs. A solid mid-range option with Qualcomm’s Snapdragon 765G chip. 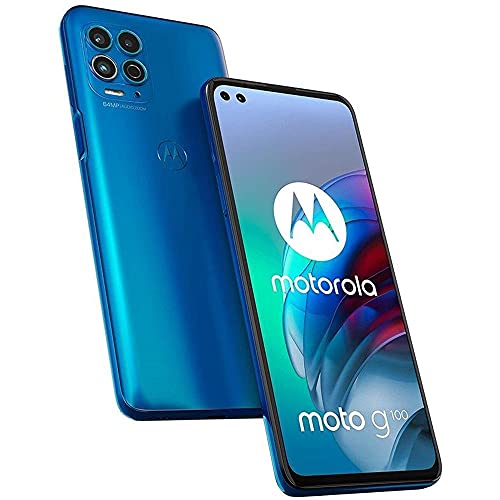 Motorola Moto G100 It is another phone from the company with the best camera. In particular, there is a triple rear camera: 64MP main, 16MP ultra-wide angle with macro mode, and 2MP depth sensor for portraits.

As you can see, it is a versatile camera module that promises good pictures, especially thanks to the main lens. Since the Moto G100 has two front-facing cameras, there is a striking note on the front. This is uncommon in the market.

Cameras It consists of a 16MP main and an 8MP ultra-wide camera, both located in the dual-screen hole in the upper left corner.

If you look at the capabilities of your video camera software, you’ll see that it also has audio zoom, a feature that can be very useful.

The Motorola RAZR 5G’s main camera module features a 48MP resolution with an f/1.7 aperture and 26mm focal length. It also shoots 4K video at 30fps. The front camera is another Samsung ISOCELL sensor. This time, the 20MP sensor with an f/2.2 lens can shoot FullHD video up to 60fps.

The shooting mode is predictable with a few highlights such as spot color, night vision, and pro mode with a maximum shutter speed of up to 32 seconds and a maximum ISO of 3200.

We also see a 6.2-inch clamshell display with a 2.7-inch secondary display. It comes in three colors to match the Razr with the rest of your skills.

The new Motorola Razr 5G foldable phone specs are still not at the level you’d find on most flagships. Inside is a Qualcomm Snapdragon 765G chip, 8GB of RAM, and 256GB of storage. It also has a small 2,800mAh battery and comes standard with Android 10 but can be upgraded to Android 11. 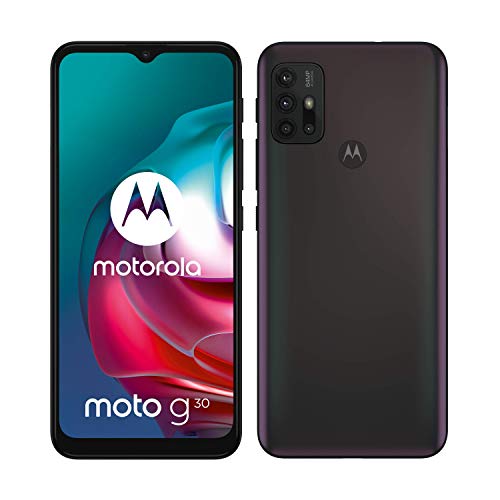 Although one of the brand’s cheapest mobiles, the Motorola Moto G30 surprises when equipped with a 64MP main camera; you can expect incredible motion. The camera also has three other sensors: an 8MP ultra-wide-angle, a 2MP macro, and a 2MP depth sensor. The front camera is 13MP and is located in the notch of the screen.

As the main camera, Moto G30 can record video in Full HD (60/30 fps), ultra-wide-angle in Full HD (30 fps), and macro in HD (30 fps). Another important detail is that the 64MP main sensor can record fast and slow motion and has electronic image stabilization.

The datasheet finds a 6.5-inch HD + IPS screen with a refresh rate of 90Hz, a processor Qualcomm Snapdragon 662, Android 11, and a battery 5,000mAh charging 15W. Great autonomy can be expected.

The 2022 version of Motorola’s Moto G stylus is a great way to try a cheap stylus phone. It may not be the most powerful device in the Moto portfolio, but the G Stylus will get you a good deal for your money.

In the camera department, the Moto G Stylus comes with a triple rear camera setup instead of a quad camera setup. The phone has a 50MP main lens, while the others are 8MP and 2MP, along with Omni Vision’s 16MP selfie camera.

Is Motorola Coming Out with a New Phone in 2022?

Is Motorola Coming Out with a New Phone in 2022?